In November 2013 the HSE released the 4th edition of the Approved Code of Practice L8.  The code of practice has been released by the HSE with the consent of the Secretary of State.  It gives practical advice on how to comply with the law.  If you follow its advice you will be doing enough to comply with the law in respect of those specific matters on which the code gives advice.  The code of practice has a special legal status.  If you are prosecuted for a breach of health and safety law, and it is proved that you did not follow the relevant provisions of the code of practice, you will need to show that you have complied with the law in some other way or a court may find you at fault.

The HSE's ACOP L8 Supports the Requirements of 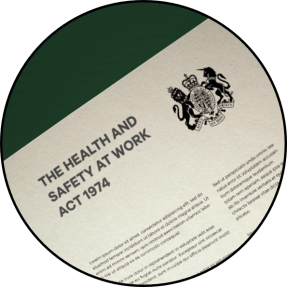 The Health and Safety at Work Act 1974 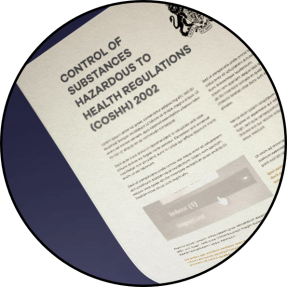 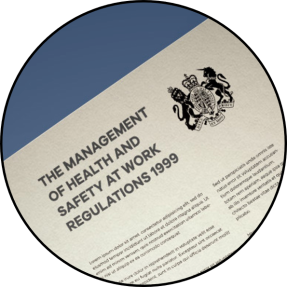 The Management of Health and Safety at Work Regulations 1999

Before the release of the 4th edition ACOP L8, HSG 274 was known as part 2 of the ACOP L8.  The technical guidance was separated from the ACOP L8 and split into three parts to avoid confusion and to prevent measures being misapplied as some providers who were not technically competent were, for example, applying measures designed for cooling systems to hot & cold-water systems and vice versa, unfortunately despite amending the technical guidance many service providers are still not applying the correct measures.  For example, using Dip Slides to test water systems when they should only be used in cooling systems and using testing systems that are not UKAS accredited. 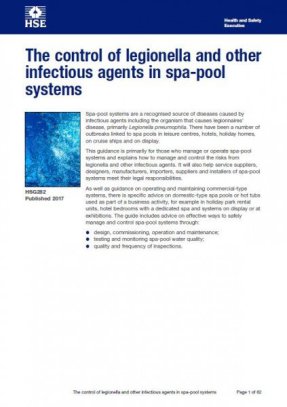 HSG 282 is often forgotten, not strictly part of the ACOP L8, 282 is used to control Legionella in spa pool systems.  Spa systems present an increased risk of bacterial growth & infection.

A range of approved guidance documents have been issued for the assessment, control & prevention of Legionella.  For example, as well as the ACOP L8, HSG 274 and HSG 282 issued by the HSE, the Department of Health & Social Care have issued HTM 04-01 and the Ministry of Defence have also issued their own guidance.  These guidance documents are "approved" guidance documents giving them a legal standing in court.

One major issue is the training provided by organisations who have also released their own guidance documents.  The training they deliver is often designed to promote and sell their own guidance and as a result it takes Duty Holders away from the requirements of the approved guidance.  For example, there is some none approved guidance recommending that each aspect of Legionella assessment, control & prevention is carried out by a different service provider, this guidance is supposed to deliver "best practice".  However, the HSE's ACOP L8 has identified that miscommunication can increase the risk of Legionella.  The risk of miscommunication can be significantly increased when using multiple service providers.

It is our experience that when work is carried out by service providers using guidance that is not approved the quality of the work is often to a poor standard, raises costs and fails to identify significant risks.

All Duty Holders need to understand that they are responsible for any health & safety failures.  And, that unlike gas where there is a regulator such as Gas Safe there is no regulatory body for the Legionella industry and finally that the HSE do not state competency requirements for Legionella, they only state that Duty Holder needs to ensure that those involved are "technically competent" and this includes contractors as well as their own staff.  Any person employed by the Duty Holder involved in Legionella should at least receive regular training.  Any external contractor should have specialist qualifications and knowledge.

Ensuring work is carried competently is important.  We recently worked with a customer who had a risk assessment carried out by a national general health & safety services provider.  We were asked to provide a quote to carry out the works recommended in the risk assessment.  During a site visit we found several issues that caused us concern and that were missed in the original risk assessment.  These significant issues would have left our customer, employees and the public at serious risk if we had not identified them.

All those involved in Legionella assessment, testing, control and prevention including employees and contractors should receive regular training.  Regular training is a requirement of the HSE's ACOP L8 and is essential as the law and offical guidance can change as well as our understanding of Legionella.  We are currently on the 4th Edition of the HSE's ACOP L8, this means there have been three previous editions.  Every time the official guidance has changed it has done so because our understanding of Legionella bacteria has changed.  For example, one of the changes in the 4th edition was the removal of an artifical 300 litre limit, the limit was removed because research had shown that Legionella can exisit in smaller systems.  Despite this change happening in 2013 there are still many landlords, letting agents and even service providers who do not know about or understand the change.

The Health & Safety Executive do suggest using a service provider who is a member of scheme that uses a code of conduct for suppliers and uses the Legionella Control Association (LCA) as an example.  The HSE also confirm that codes of conduct do not have a legal status and only give an indication of standards of service.  It is important to note that the HSE do not recommend or endorse the LCA or any other such scheme.

So how do you ensure competency?  One answer maybe to use a "pre-qualification" website such as Construction Line or Checkatrade for example but, they will have the same problem, how do they ensure competency if there is no set competency level?  And, as a profit-making business their priority is making money which they do by signing up as many service providers as possible who will then pay a fee to advertise through their website.  Businesses like Construction Line also have agreements with organisations like the LCA to only register LCA members which limits options for customers and increases costs as LCA membership is expensive and that cost is passed onto customers.

Membership of an organisation like the LCA or Construction Line does not ensure competency as proved by previous Health & Safety prosecutions, for example, a service provider called Aegis (now trading under a different name) was fined along with their customer nearly £250,000 including costs in 2011 after an investigation in 2006.  A statement from the HSE inspector said "Neither Eaton nor Aegis, which was specifically contracted to manage the water system, took the Legionella risk seriously.  They failed to deal with their own risk assessment and service agreement in respect of cleaning the system.  Their persistent and systemic failures put people's health at risk".  Despite the legal case and HSE findings the water treatment company who now trade under a different name are still members of the LCA!

We use a not for profit scheme to demonstrate our competency to our customers as it removes any question of money being a motivating factor.  Trust Mark is the only Government endorsed competent person scheme in the UK, they also operate under a Government licence issued from the Department of Business, Energy and Industrial Strategy.  Trust Mark use a code of conduct for suppliers just like the LCA and as recommended by the HSE and work with Trading Standards to ensure service providers are competent.  In comparison the LCA do not operate under a Government licence and are not regulated.  Businesses like Construction Line do acknowledge the Trust Mark standard which is a Government endorsed standard for certain trades but not for Legionella.  We have asked Construction Line for a reason for this and they have not been able to give and explanation, we can only assume it would affect their LCA agreement.

UKAS is a recognised accreditation body.  The HSE's ACOP L8 requires that all water samples be tested by a UKAS accredited testing services.  This is the only requirement in the ACOP L8 to use a UKAS service.

Some service providers are advertising that they supply UKAS accredited risk assessments.  There is no requirement in the ACOP L8 for UKAS accredited risk assessments and this does not ensure the competency of those carrying out the assessment.  Part of the UKAS process is to inspect water systems against the requirements of the Water Regulations.  This inspection is not part of the ACOP L8.  Only level 3 or above qualified plumbers who have been certified under the water regulations should be carrying out this level of inspection.  Unfortunately, we have found a significant number of service providers paying for risk assessors to sit water regulation exams without the relevant prerequisite qualifications or competencies and then carrying out inspections they do not have enough experience or knowledge to carry out.